Kellen attended Vancouver Island University in Nanaimo for his undergraduate studies, earning a Bachelor of Business Administration degree in 2010.

He ventured off to the Gold Coast in Australia to attend law school at Bond University. He completed his Juris Doctor (honours) in 2015. Kellen completed his articles with Fabris McIver Hornquist & Radcliffe and was called to the bar in April of 2017. Since that time he has been a member of the Law Society of British Columbia.

Kellen has represented clients in both the Supreme Court and the Provincial Court (Small Claims Division) of British Columbia, and also resolves cases using out of court processes such as negotiation and mediation. 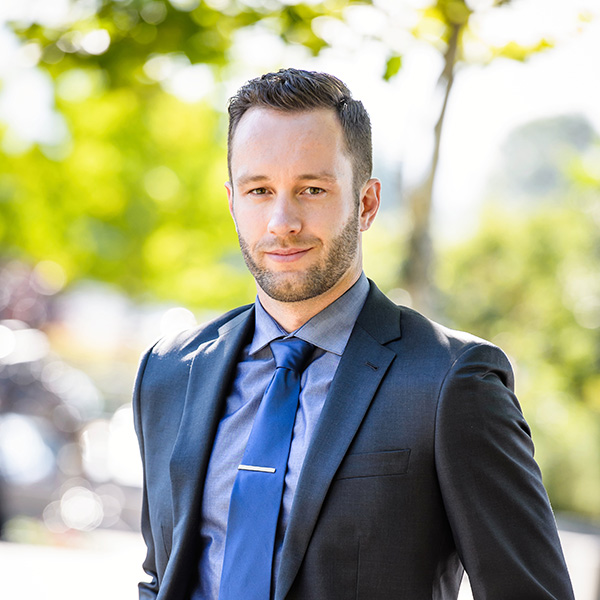 Given his last name, it should come as no surprise that Kellen grew up with the law. One would assume being dragged to the office on a Saturday growing up would turn him off from the practice of law, but for Kellen it was quite the opposite.

Upon completing law school, it was only logical to Kellen that he return to Nanaimo and take up residence in the office he had already spent so many hours in.